Jointly organised with the Vrije Universiteit Brussels (VUB), the 11th KUBEC annual symposium was held in a ‘hybrid’ format, with a core in-person meeting in Brussels attended by some 90 participants from Belgium, France, the UK, Germany, Italy, Estonia, Lithuania, Portugal, Poland and Taiwan. For the first time, the symposium was also webcast live, attracting an additional 80 followers from Japan and Europe. Attendees included EC and Japanese government officials, researchers, representatives from EC and Japanese universities, think tanks and industry. 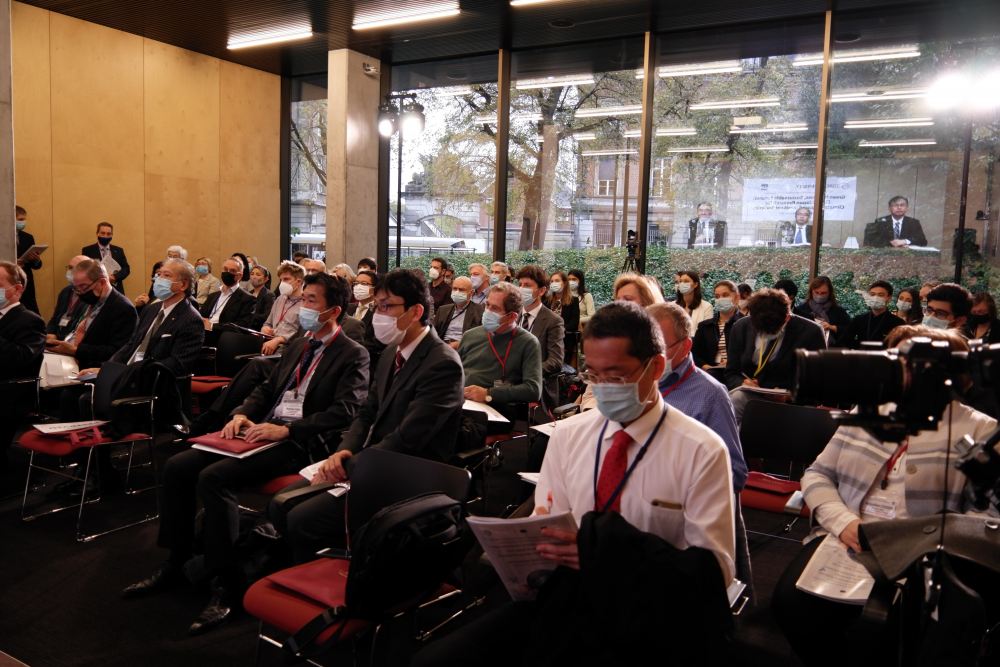 Kobe University President Masato Fujisawa, VUB Rector Caroline Pauwels, H.E. Yasushi Masaki, Japanese Ambassador to the EU, and EC Deputy Director-General, DG Research and Innovation Signe Ratso gave the opening remarks. They stressed the need to reinforce EU-Japan cooperation in R&I, particularly in the context of the climate emergency. They outlined the joint commitment of Japan and the EU in leading international efforts toward a net-zero global economy by 2050, illustrated by the signing in May of the EU-Japan Green Alliance, and the key role of research and innovation in achieving this goal.
Two keynotes by Paulo Ferrão, Professor at Lisbon University and member of the Mission Board on Smart and Climate Neutral Cities, and by Elina Bardam, Director at DG for Climate Action, set the tone for following high-level presentations by 35 speakers in the interconnected areas of economics, technology and social sciences and humanities.
Three parallel sessions, followed by interactive workshops and brokerage events, showcased the latest research and policy initiatives, and provided a platform to explore future collaboration opportunities.
The symposium benefitted from an unprecedented level of support from the EC, represented by DDG Ratso, Director Bardram and half a dozen officials, as well as the Japanese Mission, with the participation of Ambassador Masaki, Deputy Head of Mission Fujiwara and two senior Counsellors.
The symposium also benefitted from the EU-Japan Centre for Industrial Cooperation which organised between October 2020 and October 2021 a one-year cycle of events to support further trade, industry and economic cooperation between Europe and Japan for climate action, covering topics such as renewable energy, clean hydrogen, decarbonisation policies, local action i.e. clusters, cities and and regions, for climate and green innovation, with the successful mobilisation of thousands of EU and Japanese private and public stakeholders.

Also worth noting was the participation of industry, represented by Mr. Fuwa, Vice-President for Research at Toyota Motors Europe. TME, a key participant in EU research, present in 17 EU projects, also presented the experimental Mirai hydrogen car at the event.
This symposium was the first major event that KUBEC was able to organise since the start of the pandemic. It offered participants a welcome opportunity to reconnect in person and online, and reconfirmed the importance of actively renewing and strengthening international academic exchanges in these still challenging circumstances.
Kobe University will continue to leverage KUBEC as a base for promoting stronger academic and research collaborations between Japan and Europe. 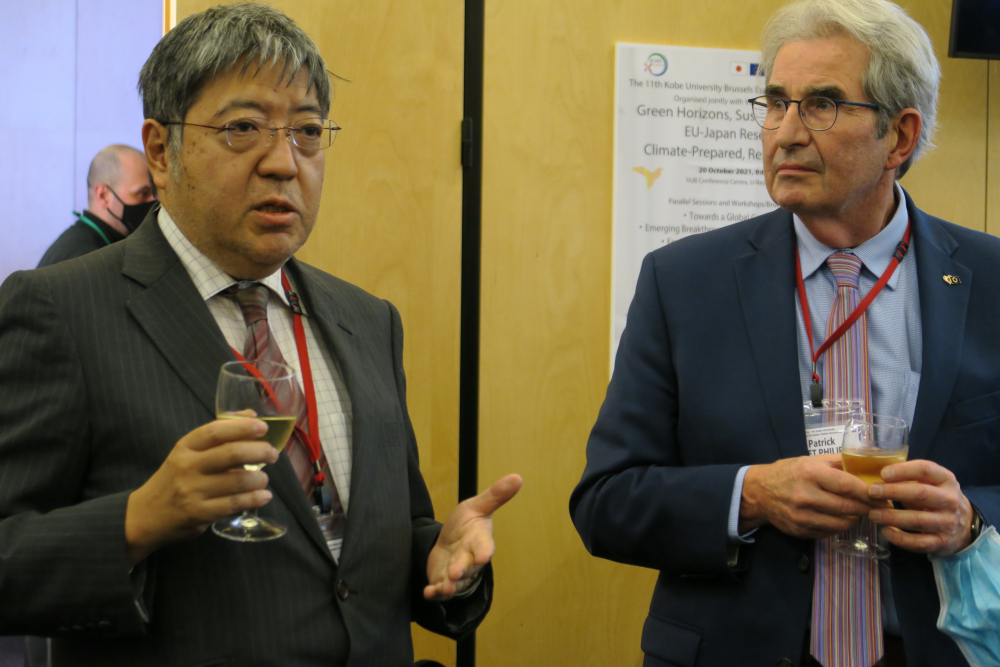 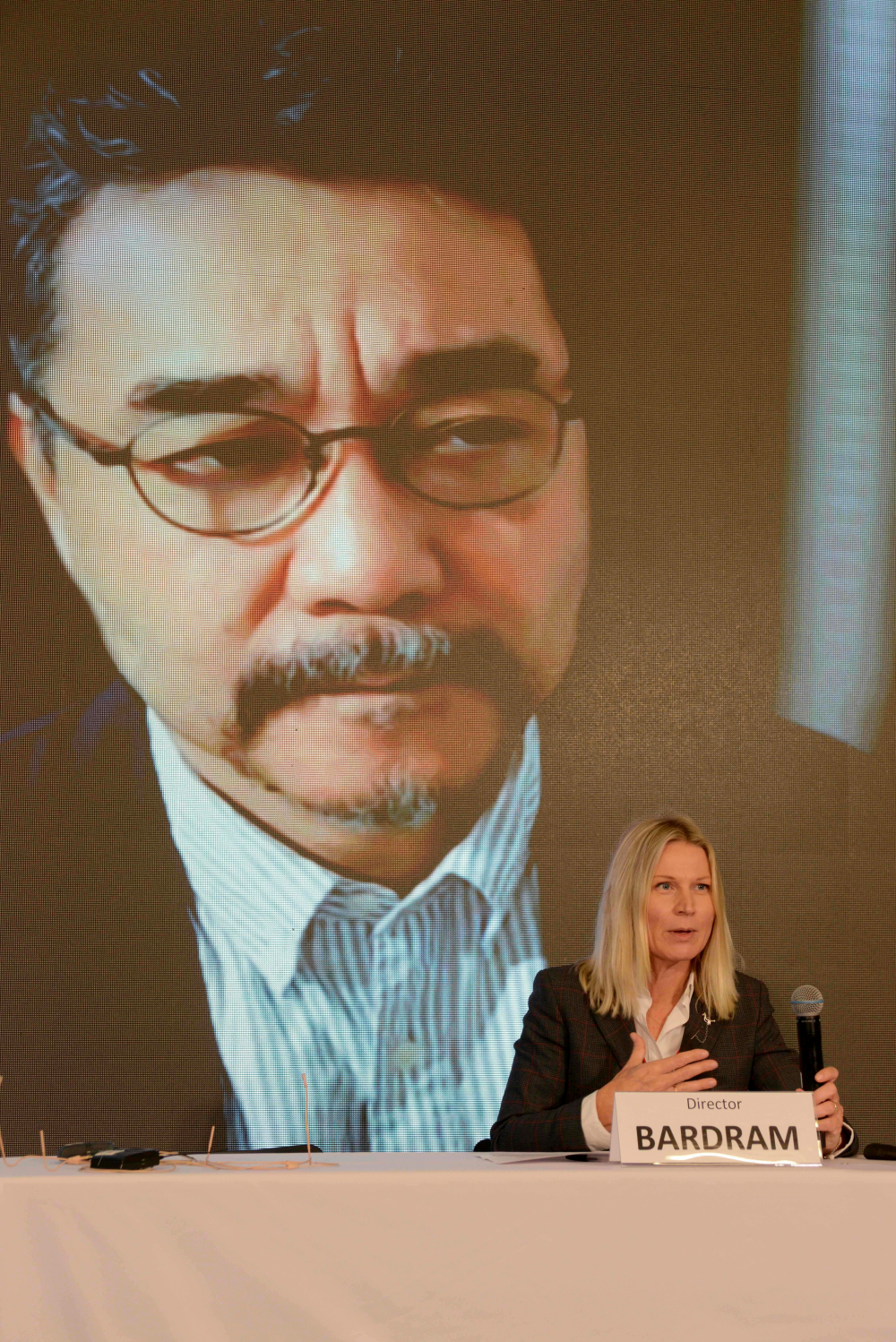 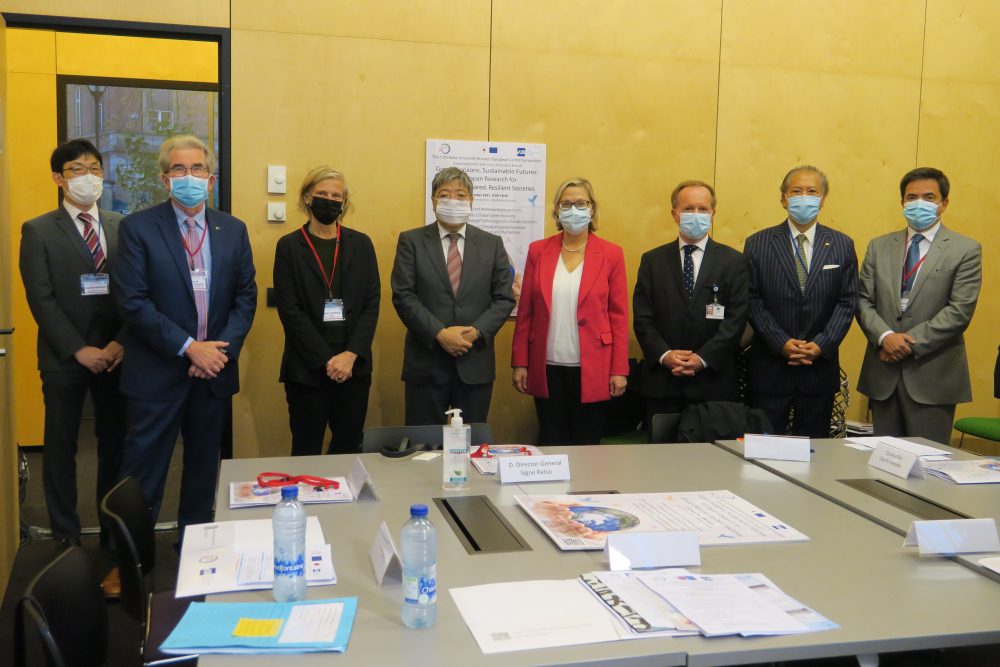 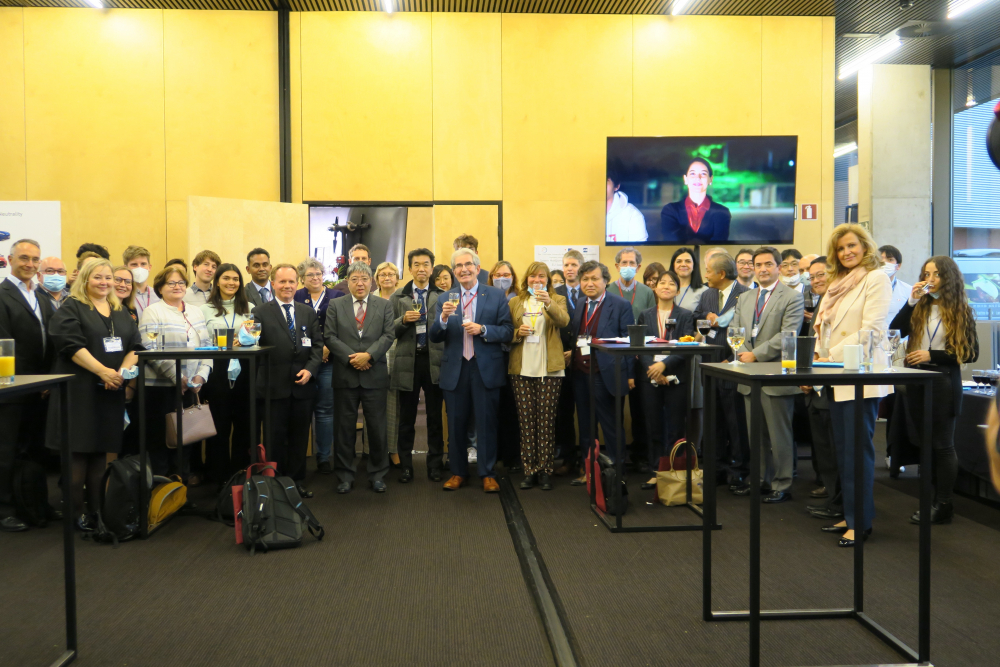