Vulcanus in Europe - host a Japanese trainee in R&D

For EU companies willing to host a Japanese trainee in R&D. 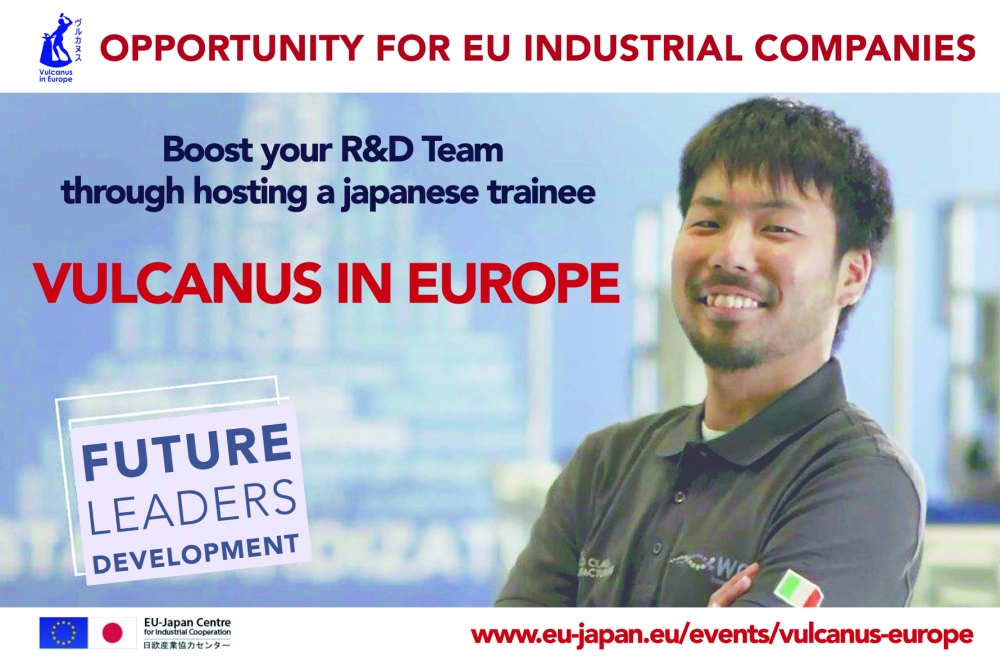 'Vulcanus in Europe' offers EU based companies the possibility to host a Japanese trainee in R&D. A valuable addition to their workforce and a positive input in the development of their business with Japan. For the trainees, the opportunity to acquire a know-how in view of future busienss relation with Europe.

STRUCTURE OF THE PROGRAMME

The programme takes place in Europe and is structured in the following way:

WHAT IS Vulcanus in Europe? ||| ELIGIBILITY ||| WHO IS YOUR TRAINEE? ||| FROM THE APPLICATION TO THE MATCH ||| COSTS ||| VISAS AND PERMITS

BACKGROUND OF THE PROGRAMME

'Vulcanus in Europe' was launched in 1996 on the initiative of the European Commission and the Japanese Ministry of Economy, Trade and Industry (METI) with the purpose of contributing to the improvement and stimulation of industrial cooperation and of improving mutual understanding between Japan and the European Union. The EU-Japan Centre for Industrial Cooperation is responsible for the actual organisation of the programme 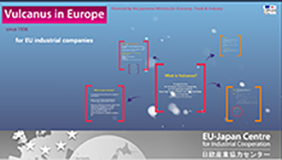 END_OF_DOCUMENT_TOKEN_TO_BE_REPLACED
Online
16/07/2020
LEAN CAFÉ
Lean Café - sharing lean thinking in a friendly atmosphere The EU-Japan Centre would like to invite you to join us at our virtual Lean Café. We will meet occasionally (via Zoom) to discuss and share...
Japan
01/09/2020
Vulcanus in Japan - A training programme for EU / COSME students
Testimonials FROM former participants Ms Gizem Cicek (TR) VinJ Trainee at Hitachi Research Lab  "Can you imagine yourself feeling so lucky all the time? I couldn’t, until I got a chance to live in...

END_OF_DOCUMENT_TOKEN_TO_BE_REPLACED
Japanese Industry and policy News June 2020 Topics covered on the June issue:LEGISLATION AND...
Report: The Japanese Meat Market To get the access to this report, please ...
EU-Japan Newsletter, Issue #70 June 2020The Centre is pleased to present to you...
Financing Opportunities for EU SMEs' Internationalisation in Japan Difficulties in accessing external financing and...