セミナー （ハノーバー）：EU AND JAPAN - HOW DIGITAL TRADE CAN SUPPORT BUSINESS

Digital trade already brings very significant economic benefits to the EU and Japanese economies as well as having a spin-off effect across value chains. Although its importance is continuing to grow at a very fast rate (between 2005 and 2015, global data flows increased 45-fold), barriers (such as to the free-flowing of data, e.g. through data localisation requirements) persist and protectionist trends are on the rise. The challenge is to achieve a more integrated internet, whilst addressing privacy and other concerns. 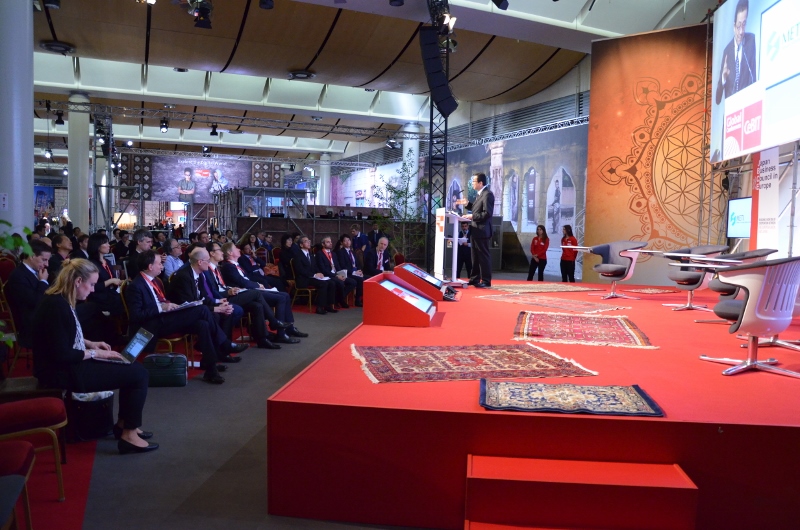 These data flows are increasingly an integral part of economic transactions. Today, IoT - or Industry 4.0 - is a reality. Inter-governmental cooperation (be it EU-Japan or Germany-Japan, for example) is essential. Many of the speakers mentioned the Hannover Declaration as a good example of EU-Japan cooperation. The Declaration covered an Agreement on IoT/Industrie 4.0 between the German Federal Ministry of Economic Affairs and Energy (BMWi) and the Japanese Ministry of Economy, Trade and Industry (METI) and the Japanese Ministry of Internal Affairs and Communication (MIC) and was agreed the day before the Digital Trade event.

An EU-Japan data economy dialogue is therefore important - although the EU and Japan share the same overall vision and can cooperate in many areas including when developing their data rules, they take different approaches to data ownership, standardisation and privacy issues. Digital ties are not just about exports and services, they can also be used to ensure continuity - following the 2011 Great East Japan Earthquake, Fujitsu was able to shift production from Japan to Europe. The FTA / EPA that the EU and Japan are hoping to conclude should address digital trade and be a positive example of EU-Japan cooperation on standards and technological development that could be taken up by third countries.

This event was hosted by the EU-Japan Centre for Industrial Cooperation and the Japan Business Council in Europe (JBCE) and took place on Monday, 20 March 2017, during the CeBIT trade fair in Hannover (Germany). An archived version of the CeBIT 2017 website can be found on archive.org.

The video recordings are taken from the "CeBIT Global Conferences 2017" youtube channel.

A report on the event is available here. An event briefing note introducing the topic and the sorts of issues the session would cover is also available.

For more information on the event please contact the JBCE

(Page updated in June 2021 to give links to the video recordings on the CeBIT youtube channel and also to the archive.org copy of the CeBIT 2017 website)