A country dotted with steeps mountains and forests, the habitable surface of Japan to house its 126 million citizens is comparatively small, as visitors to the country will discover immediately.[1] Activities related to food production have to compete for available land with other human activities and adapt to a geography that makes large-scale farming a challenge in most parts of the country.

The value of Japan's agricultural production has continuously decreased since the 1990 and food self-sufficiency rates have continued to drop, making the country dependent on imports, with the most notable exception of rice.[2]

Low self-sufficiency rates continue to make Japan an attractive prospect for major food-producing nations, including EU-member states.[3] EU trade negotiators discovered during the EU-Japan Economic Partnership Agreement (EPA) negotiations, that gaining more access to Japan's agri-food market was one of the more challenging dossiers, as the country strives to maintain an acceptable level of food self-sufficiency and ruling governments need to minimize the risk of alienating a politically well-connected and heavily subsidized agricultural sector.[4]

After many years of negotiations, the EU-Japan EPA came into effect in 2019, seen by many as a deal meaning broader access for the EU agri-food sector in exchange for Japanese access to the EU automotive market. Since its conclusion, agricultural imports from Europe such as wine and cheese have seen substantial increases, as many Japanese consumers primarily viewed the agreement in terms of better access to cheaper European food. [5]

Behind the drop in food self-sufficiency are a number of challenges that Japanese agriculture faces. The production of its staple foods, such as rice, has been buttressed by generous subsidy programs and a highly regulated imports from abroad. While these costly government measures, representing 0.9% of Japan's GPD in 2017-2019 (OECD), have ensured that Japan can meet the demand in rice consumption in most years, it has led to stalled productivity and little innovation and created a sector consisting primarily of uncompetitive small-scale farms, where elderly farmers make up most of the work-force and agricultural work is often a part-time activity.[6]

This report will look at the public procurement activities of Japanese government actors that are involved in dealing with the issues faced by the country's agri-food sector. After a short description of the challenges faced by Japan's agri-food sector and its guiding policies, it looks more specifically at the public procurement activities of the Japanese government organizations to support the policies to deal with these challenges and provide an overview of public organizations involved. Also, it tries to determine whether there are opportunities for EU SMEs active in the agri-food sector to deal with public counterparts.

For more looking for more detailed information on the character of the Japanese agri-food sector in a broader sense, a list of information sources in English is provided in Annex 1.

In Annex 2 a list of recent tenders published by Japanese government entities is provided with links to tender details to provide an illustration of business opportunities. 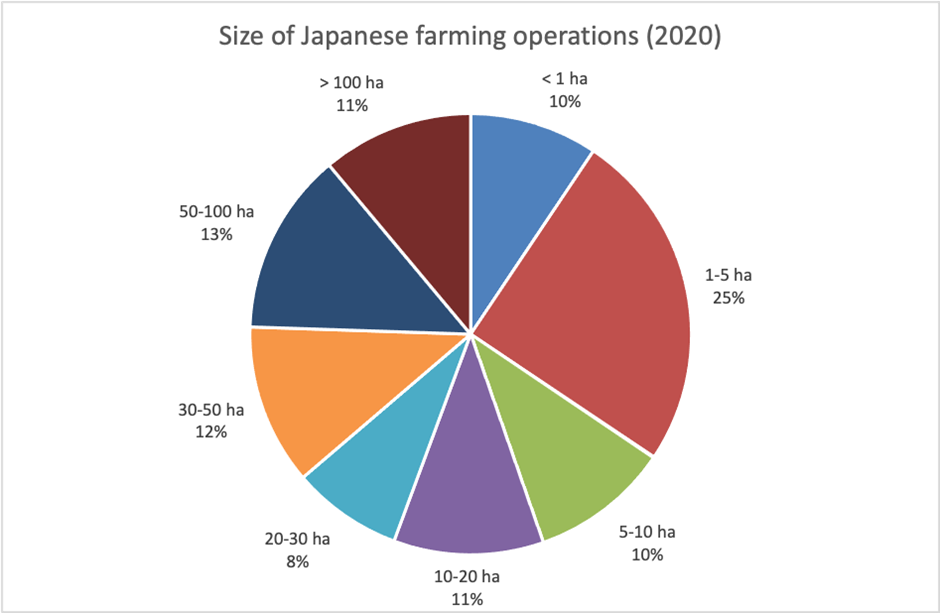 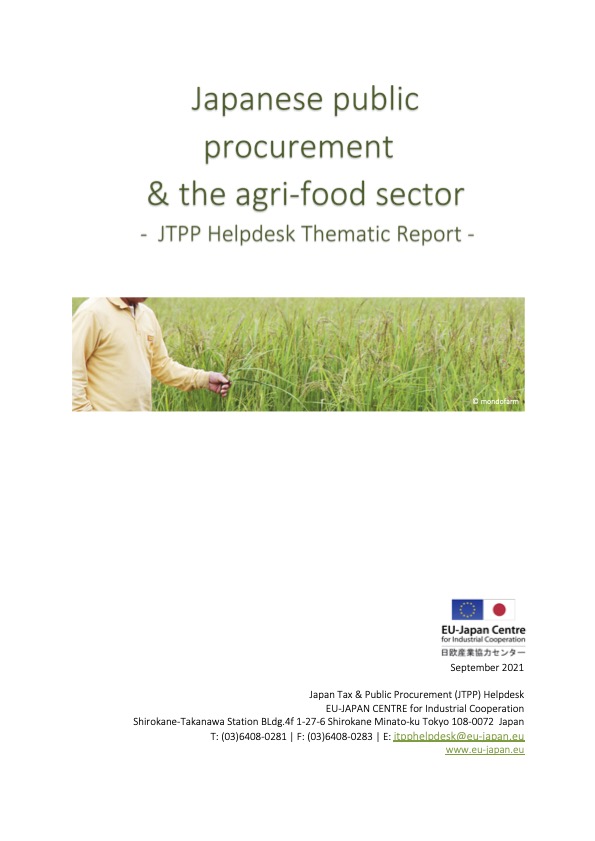 The full report is only available to EU-headquartered businesses. To obtain your copy of the report, please use the registration form and select the report of your choice. Please note that it will take a few days to review your request.

EU and Japan should build on strong partnership and strengthen cooperation
On 4 May, BusinessEurope sent a letter to the…
Request for Comments
In case a government entity has drafted…
Prior Information Notice
In Japanese procurement, Prior Information…