The EU-Japan Economic Partnership Agreement - How to Revolutionize our Industries by Strong Digital Cooperation seminar at the Global Industrie 2018 trade fair in Paris looked at how the EU-Japan Economic Partnership Agreement (EPA) and closer EU-Japan digital cooperation will bring short and long-term tangible economic and social benefits to both the EU and Japan and can provide inspiration and standards for the rest of the world to follow. With Japan and the EU facing similar challenges, concerns, values and strategies this event addressed key issues affecting businesses now and in the future. The event included the signature of a Memorandum of Understanding for cooperation in the field of IoT to provide a basis for future France-Japan industrial cooperation in the field of IoT. An event report is available. 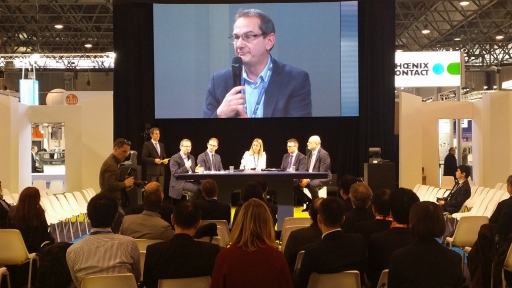 organised the event for the Japanese Ministry of Economy, Trade and Industry (METI)