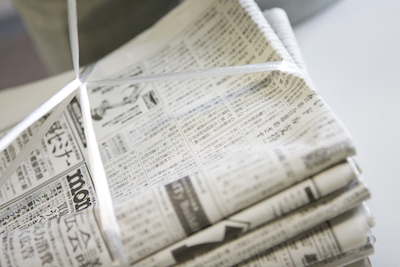 The Japan Community Health Care Organization (JCHO), one of the few national government organizations added to the government procurement framework in the EU-Japan Economic Partnership Agreement (EPA) has announced that it will change its joint procurement practices after being hit by collusion by four large pharmaceutical suppliers last year.

JCHO conducts joint procurement of pharmaceuticals and medical devices on behalf of 57 publicly managed hospitals spread over Japan, with the aim to secure lower costs through large-scale procurement. However, after suspicions surfaced in November last year that 4 large pharmaceutical wholesalers had been fixing contracts between them, JCHO is now looking at other ways to ensure fair competition between suppliers while at the same time cut purchasing costs. It has decided for the coming two years to devolve procurement back to individual hospitals for the coming two years.

Under the changed scheme, each of the hospitals will use competitive tender procedures with lowest price deciding the winner. Held in June, it is expected that supply for up to 8,000 items are covered. Hospitals can set the supplying contracts for either one or two years and will publish procurement information on their respective websites.  The switch is also expected to give smaller regional suppliers more opportunities to win contracts, under the nation-wide joint procurement set up only 4 very large suppliers were able to deliver winning bids.

These are still able to participate under the new setting as the Fair Trade Commission is continuing its investigations, but could become subject to suspensions in the coming months.

END_OF_DOCUMENT_TOKEN_TO_BE_REPLACED
28/06/2022
'About Japan' webinar series 196: Sports equipment market in Japan
28-06-22 | 10:30 - 11:30 AM CET   What business opportunities are there for EU SMEs in the Japanese sport equipment market? How can I enter and grow my sports business in Japan? The sports…
Japan
01/09/2022 - 31/08/2023
Vulcanus in Japan - A training programme for EU / SMP-COSME students
Check our 'Vulcanus in Japan' mobility action in this video including views from a participant - Everything you want to know in 5 min about our 'Vulcanus in Japan' programme ! Testimonials…