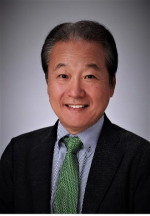 Since 1987, the EU-Japan Centre for Industrial Cooperation has a long history as a joint venture between the Japanese government (Ministry of Economy, Trade and Industry) and the European Commission (DG Grow). It has become a general incorporated foundation in its legal status in Japan and breathed new life into both name and reality. This reflects the fact that EU-Japan relations have risen to new heights, as seen in the entry into force of the Japan-EU Economic Partnership Agreement (EPA) and the Strategic Partnership Agreement (SPA) in 2019. Furthermore, in 2021, Green Alliance between the EU and Japan was agreed at the EU-Japan Summit. Under the Green Alliance, the Centre is required to play a role as a facilitator of cooperation in the business field. In addition, the 2022 regular summit is expected to reach an agreement on a Digital Partnership between the EU and Japan. In this way, Japan-EU relations are required to further strengthen cooperation, centering on the global issues such as green and digital fields. Based on 35 years of activity experience, the Center is currently strongly implementing activities such as (1) policy information provision, policy dialogue, (2) promotion of business matching, (3) human resources development, and (4) promotion of science and technology innovation cooperation. Through these activities, we will focus on further deepening the cooperative relationship between Japan and the EU, mainly in the green and digital fields. We look forward to the continued support and guidance of all concerned parties.

Yasuo Tanabe has education background with BA in Law of the University of Tokyo and MA in Political Science of Stanford University.

He had worked for Japanese government since joining the Ministry of International Trade and Industry (MITI, then renamed METI) in 1978 for 32 years, including Director of Europe Division of METI and Deputy Director General of Economic Affairs Bureau of Ministry of Foreign Affairs (MOFA). During the government career, he has been mainly involved in trade and energy sector. At MOFA, he served as a trade negotiator for economic partnership agreements with ASEAN countries, Switzerland, Peru and preparatory stage for EU. He also served as a member of the Governing Board of the International Energy Agency.

After the government, he has worked for Hitachi as a senior executive for government and external relations (2010-2019). He was involved in many of energy, railway and water projects on government relations in the world and in coordination with Japanese government on trade, energy and innovation policies.

After Hitachi, he has been advising companies and organizations in international relations and energy sector, including the Research Institute of Economy, Trade, and Industries (RIETI) and the Institute of Energy Economics, Japan (IEEJ).

Since 2020, he is the Managing Director (Japan-side) of the EU-Japan Centre for Industrial Cooperation.

END_OF_DOCUMENT_TOKEN_TO_BE_REPLACED
Joint statement about the Centre
Joint statement signed by METI Vice Minister Hirose and Director General of DG GROW on the 35th…
Apply to “Eyes on Japan”: Free customized market research
The EU-Japan Centre For Industrial Cooperation is pleased to introduce “Eyes on Japan”, which aims…
Weekly Japanese Industry and Policy News Nov. 25 -Dec. 1, 2022
The EU-Japan Centre is pleased to start a new weekly service by publishing brief summary of the…
EPA video
Learn more about our EPA helpdesk in this video Or directly on YouTube:

END_OF_DOCUMENT_TOKEN_TO_BE_REPLACED
Online
31/12/2022
LEAN MASTERCLASS
An 8-part lecture series giving a sound introduction to the practical concepts of applied lean. The EU-Japan Centre Lean Masterclass consisted of lectures, by Professor Richard Keegan, focussing on…
10/01/2023
'About Japan' webinar series 204: Rethinking strategy for Japan - B2C
10-01-23 | 10:30 - 11:30 AM CET   Do you want strategic insight, tactical guidance and real-life examples of how to succeed in the Japanese market? Upon providing an overview of relevant B2C…