Are Japanese government procurement officials ready for the EPA? Read our survey 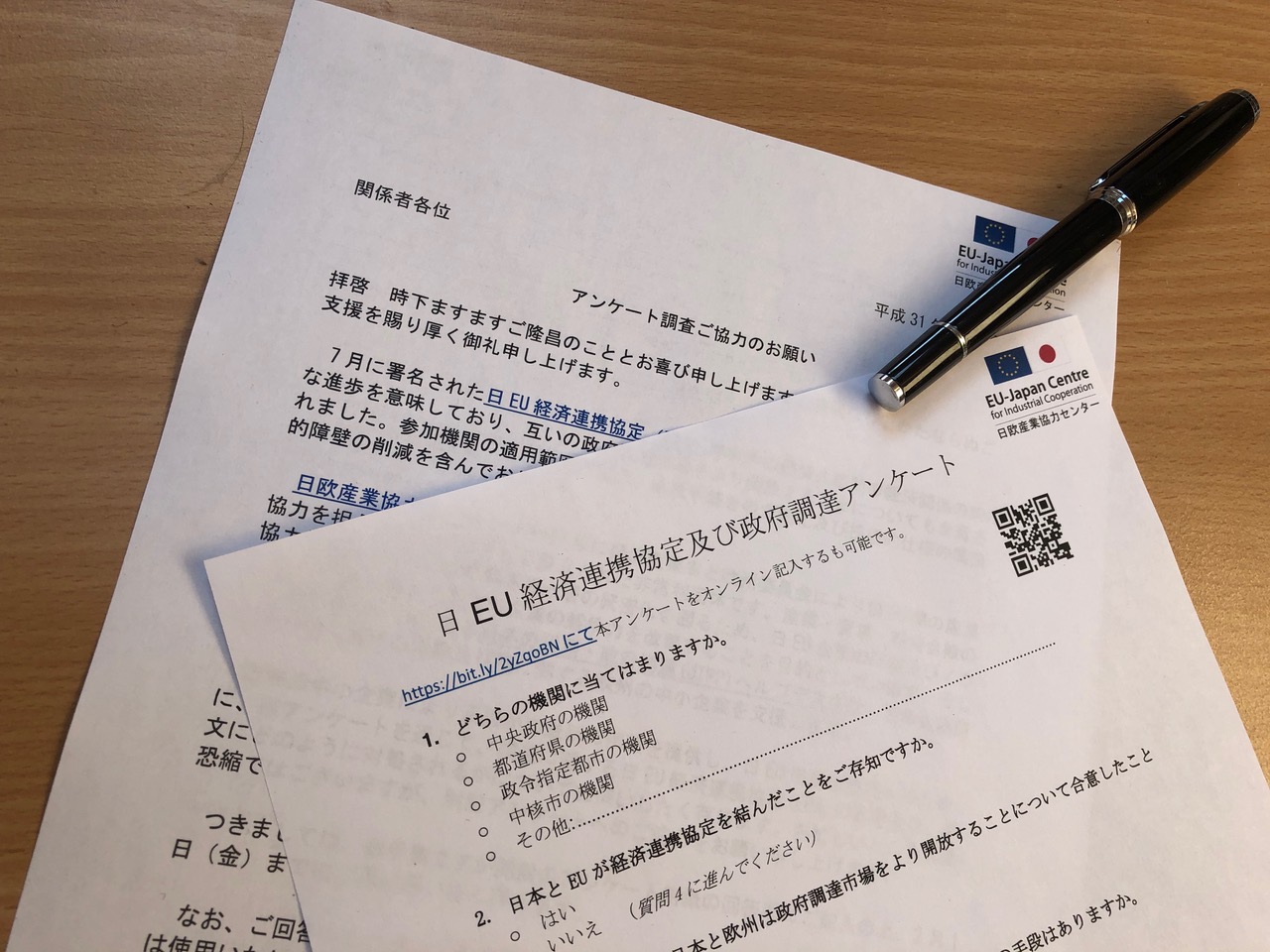 The first two months have passed since the EU-Japan EPA went into force. The first trade statistics have shown good promise for European exporters of wine, pork and cheese, but will EU businesses also profit from the commitments made by Japan in the area of government procurement?

JTPP Helpdesk conducted a survey at the beginning of 2019 before EPA went into effect and approached over 900 offficials and offices in charge of procurement at Japanese government organizations. In the survey, we asked them about how they see the impact of the EPA on their daily practice.

The full report is available here.

END_OF_DOCUMENT_TOKEN_TO_BE_REPLACED
31/08/2022
Webinar “Africa-Japan-EU trilateral business cooperation”
The EU-Japan Centre for Industrial Cooperation is organising a webinar that aims at promoting the development of Africa's economy and society through Africa-Japan-EU trilateral business cooperation…
Japan
01/09/2022 - 31/08/2023
Vulcanus in Japan - A training programme for EU / SMP-COSME students
Check our 'Vulcanus in Japan' mobility action in this video including views from a participant - Everything you want to know in 5 min about our 'Vulcanus in Japan' programme ! Testimonials…

END_OF_DOCUMENT_TOKEN_TO_BE_REPLACED
Japanese Industry and Policy News June - July 2022Topics covered on the (June-July) issue:…
New helpdesk to promote EU-Japan business cooperation in and with Africa, ASEAN and Latin America video Check the below video on our new helpdesk to…
Communications Activities VideoCheck this video about all our communication…
Report: Pet Products Market in Japan Experts: Rupert Sutton and Hiro Tsujioka…